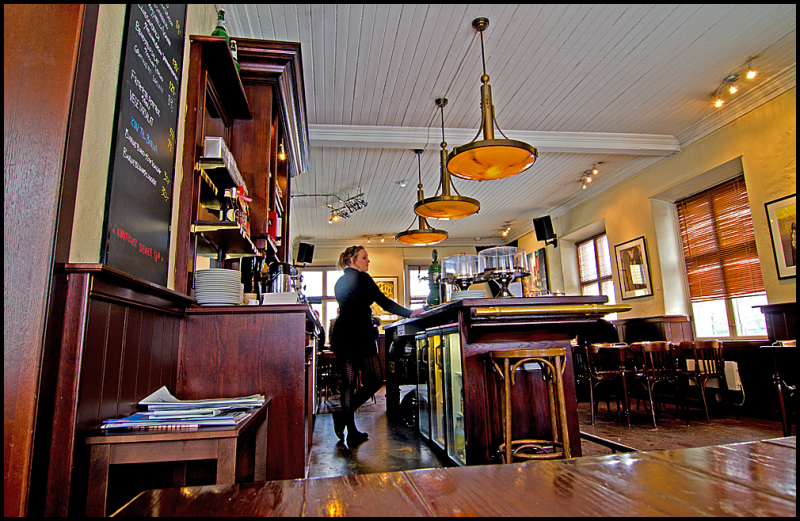 Posted by Ragnar (Moss, Norway) on 2 February 2012 in Lifestyle & Culture.

This picture is taken in Cafe Brandstrup (http://cafebrandstrup.no/) in downtown Moss, by the entrance to Møllebyen. It is located in a building from 1817 and it is one of 5 conserved buildings in the area. The name of the building was originally "King Carl", probably after the union King (Swedish/Norwegian king from when Sweden ruled over Norway) Karl XIV Johan, who often visited Moss.

The building has also housed a Printing press and a brewery outlet who had a widely popular beer named "King Carl". In the early 90's the building was bought by the Brandstrup family who first started a gallery in the building, and later the cafe.

Today the cafe has an extensive selection of high quality beers from various micro brewery's all over the world, and they also serve really good an cheap food.

Good looking place, notice how they seamlessly blend the traditional with the modern.