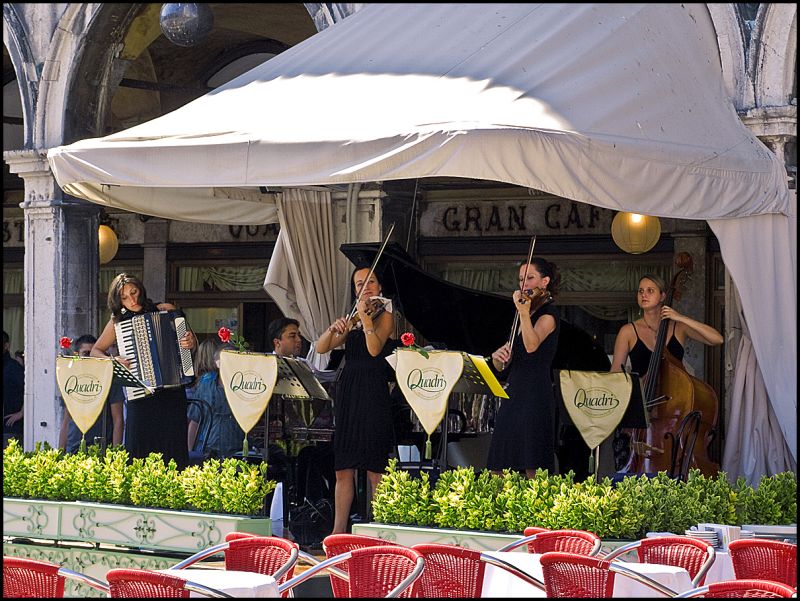 I don't know if you can get a bigger cliché than this (I mean that in a nice way), but there was some sort of video/photo-shoot at Piazza San Marco while we where there. 4 dressed up ladies where playing Vivaldi's Four Seasons while it was video filmed and some professional(?) Photographers taking their pictures.

I am a big fan of Vivaldi, so I really liked it (they where really good musicians), and we stayed for a while listening. It made our stay in Venice just a little bit more special.