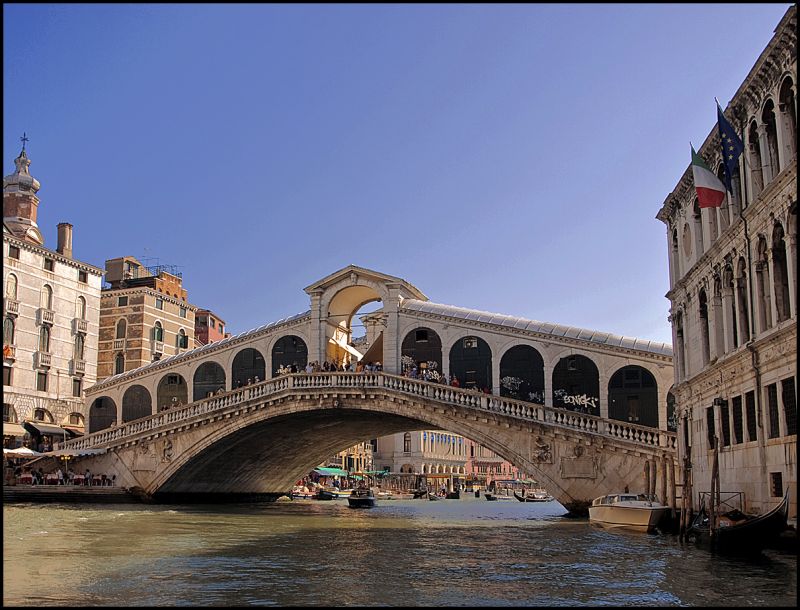 Posted by Ragnar (Moss, Norway) on 27 October 2009 in Architecture and Portfolio.

Here it is, the oldest bridge over the grand canale, the Rialto bridge! It is one of only 4 bridges crossing the grand canal. The first bridge on this spot was built in 1255, but it was later replaced by the stone bridge that is now in place. The bridge was first planed in 1503, but it was not complete until 1591, and it is said that the stone bridge is remarkable similar to the wooden bridge that was its predecessor.

The bridge was designed by Antonio da Ponte, and in his contemporaries claimed the bridge would fall to ruin because of it's design. I guess he is proven wrong by now! Today the bridge is one of the most famous tourist attractions in Venice.

This is a first class shot, I like it lots.

Lovely shot - is this taken from the water bus stop.

Thanks for this great series on Venice. It takes me back... Great work!