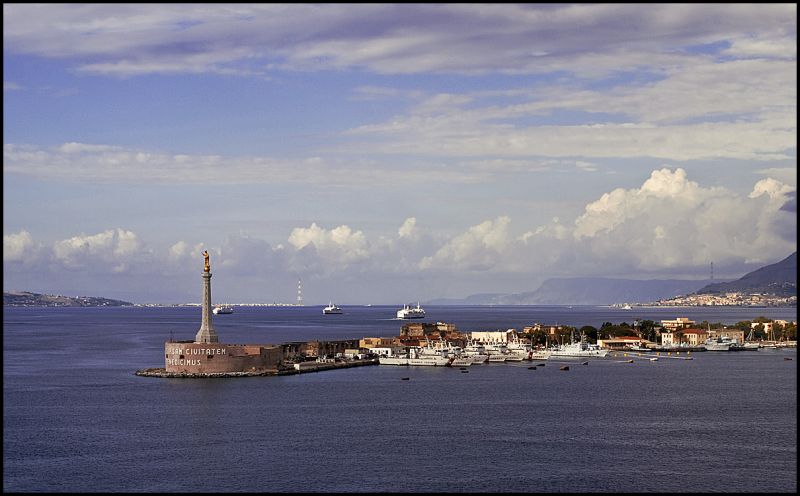 The strait of Messina

In other parts of the world, a narrow strait like this would probably have a bridge over it, but here the mafia is involved and wants it's (huge) share, so even tho they have had plans for a bridge for the past 20 or 30 years, no bridge has been built. But there is hope, as Silvio Berluscconi (the Italian Prime Minister) has said that the government will pay €1.6 billion of the expected total cost of €6.1 billion. If built, it would be the largest suspension bridge in the world, with an almost twice as large main span as the Akashi-Kaikyō Bridge in Kobe, Japan, witch is the current largest suspension bridge in the world.

Beautifully captured Ragnar! If it comes to fruition the bridge will be a sight to see! ;-)